Many days have passed since I last updated my blog.  The Californian Coast still has some wilder areas where cell coverage and internet are non-existant!

I am now in Santa Barbara, a beautiful town with a definite latin feel, and about 400 km from the Mexican border, where I will take a break and fly back to Canada for some time. As mentioned before, the journey has been incredible and so full of amazing moments, views and encounters that I need to take time off to absorb it all and get ready for the next leg. I thought about it for a while, but see so many benefits in doing it in “chapters” and very few disadvantages, other than I won’t be able to say “I rode the Americas non-stop”…

Since I last wrote a blog post, I left San Francisco, and enjoyed watching people surfing early in the morning, before they went to work.  What a lifestyle!

It was a foggy morning, but a nice ride to reach the lighthouse at Pigeon Point, where I stayed at the Youth Hostel. The wind was cold, but it was a treat to watch the ocean knowing I could retreat to a warm room for the night.

The next day took me to Santa Cruz, a beautiful town with a farmers’ market, lots of little cafés and more surfers. The Californian Coast started to be a little more gentle, with less of those never-ending short but steep ups and downs, and I started enjoying my rides a lot more. I even started singing again…

The next town, Monterey, was certainly one of the Californian highlights. The town is pretty, but its aquarium is absolutely world-class. I spent a whole day there, it was fascinating. I also reconnected once again with Mark who had gone ahead of me while I was enjoying a few extra days in San Francisco.

From there, we entered the Big Sur. A wilder coast, with few services, but whatever services there are come at a high price… I stopped for coffee one morning: $4.75 (US) for a drip coffee. Needless to say, I didn’t get one. The place was called Gorda (“fat” in Spanish), so I thought maybe it refers to the bill you get when you buy something there.

It was a lovely road, even in the fog. I can just imagine what it would be like on a sunny day. It also reminded me how much I enjoy the wilderness, and memories of riding the Dalton Highway came back and made me smile.

The first night in the Big Sur, Mark arrived at the campground telling me: “Hey Cat, look what I found!”  It was Sam, who I hadn’t seen in a while. I was glad to have company as it gets dark shortly after 5 now, which makes everybody want to go to bed ridiculously early. Mark sponsored us some firewood and we spent the evening chatting by a campfire.

That night, I woke up around 3:30 to the voices of Mark and Sam. Sam had gotten up to answer nature’s call, just as Mark was woken up by a critter that was crawling under his tent. Sam came to the rescue, and together they managed to chase the critter away, but it quickly ran towards my tent. Seconds later, a felt something moving under my mattress. Half asleep and not knowing what it was, I immediately got into “DLP” mode (Defence of Life and Property): I didn’t want a rodent to chew a hole in my tent to get to my food (which was actually stored in a metal container away from my tent). I grabbed my shoe and hit the floor in the general area where the movement came from. The movement stopped, so I thought I had spooked the intruder away, and went back to sleep after I laughed a few times recalling the scene.

But when I woke up in the morning, and packed my gear, I saw the motionless intruder where my tent had been. First I laughed, thinking it was going to run away now, but then realized that I had killed it and felt really bad. Of course, that was just one more excuse for Mark and Sam to tease me. At least they knew what would happen if they tried to get into my tent! I felt bad and ashamed all day thinking about the cute little mole that I had murdered.

The 3 of us spent a few more days together. We all rode alone most of the time but spent our evenings at the same spots. I couldn’t have asked for better travel companions. Mark is now on his way to finish his journey in San Diego, Sam will leave Santa Barbara today also on his way to San Diego, while I plan to enjoy one more day in this beautiful city. I have more time than I need to reach San Diego. And who knows, we may meet again! 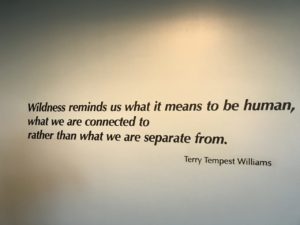 10 thoughts on “Murder in the Big Sur”