Another week just went by since my last post, it’s amazing how time flies. Leaving Santa Barbara was particularly hard, the city was so beautiful, my hosts really interesting and their house absolutely gorgeous. I also had a chance to have dinner with Barry, who I had met in Sausalito and then in San Francisco.

The riding has been much easier and it felt great. After almost 6 months, I don’t seem to question my capacity to do my day’s ride anymore, it just happens, one pedal stroke at a time.

From Santa Barbara, it felt like I started the urban home stretch towards San Diego. Riding in urban areas has its own challenges. More traffic, more noise and the need to navigate. More than once, I missed a perfectly fine bike path and ended up on the freeway!

It also involves a lot of stopping at red lights, which breaks the momentum but generally it wasn’t has difficult as I had thought.  Except around Malibu: every cyclist I talked to agreed that this was the worst section of the whole Pacific Coast. And I got there when it was pouring rain, and I could hardly see anything.  Oh well, I survived and made it to Santa Monica, my entry point into LA.

Once again, I expected people in the big cities to be harder to connect with but once again I was wrong and experienced a lot of kindness. Once I was waiting at a red light and a pedestrian walked by. Without even saying hi, she said: “I can’t believe you are doing this alone! Where did you start?” I told her and she said: “Oh I am so happy I got to meet you, and so glad you are safe and happy!”.  It is just a small thing, but it feels so nice, to connect with people, to get this kind of support. Over the last few days, so many people gave me the thumbs up, wished me a good ride or waived. It was heart warming.

And here is another one: when I got into LA, I was a little lost and was trying to find my route on my phone. Right way, a guy walked out of his bike shop to ask me if I needed directions.  How nice is that?

Shortly after, I arrived at the Youth Hostel, where the staff was also super friendly.  A few guests came to talk to me, it was awesome to see that not everybody was on their phone and antisocial. I also bumped into Julie and Imka, the 2 Quebecers that I had met a few weeks ago!

I spent the next 2 nights in Hollywood. Barry and Susan were my super nice hosts and another cyclist, Sven from Germany, was also there. Sven had communicated with me months ago through my blog, and finally after all these months we ended up at the same place, by chance. He has been traveling for a loooong time and it was inspiring to hear his stories. From there I walked the Walk of Fame, went to the Griffiths Observatory and the Getty Museum. 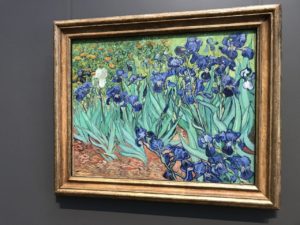 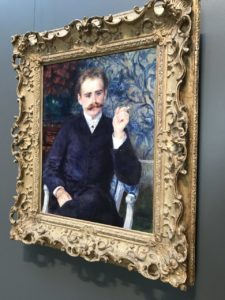 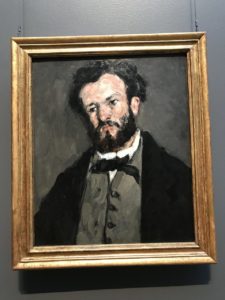 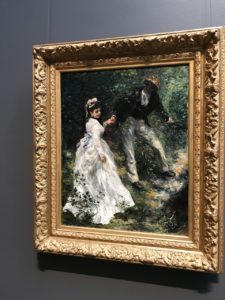 There is so much to do there, I could easily have stayed a few more days. I was surprised by how easy it was to ride my bike in this huge, busy city. But one day I took the bus and as I tried to figure out how to pay for the bus ride, I realized that I needed a TAP card, that you refill in the bus as needed. It was going to be a bit complicated to find one, until a man handed me his, without even saying a word.

From LA, I often rode along the beach on bike paths. Luckily I was once again able to find Warmshowers hosts as camping options are pretty limited. One night, my hosts took me an another cyclist kayaking.

And yesterday, I fell in love with a town called Laguna Beach. A little gem in the middle of busy Southern California. This town is full of art galleries, one of my favourite places to spend time. I like it because of the beautiful artwork but also because most of the owners usually have time to chat and have interesting stories to tell.

I chatted with one owner who came from Croatia, another one who grew up right around Laguna Beach, and the last one I visited was owned by a woman who had many paintings from an artist from Quebec called Martin Beaupré. She told me a bit more about him, and then she got really interested in my journey. She was just the loveliest woman, so concerned about my safety but also excited for me, to the point where she “had to give me something”.  She grabbed a cute little painting that she had made and gave it to me. I left her gallery with a big smile, and not only because she thought I was a teenager!

I could have stayed much longer, but had an ice cream meeting with Sam, Julie and Imka.

That night we were all staying with Ryan, who ended up with 6 cyclists in his small but beautiful house!

Tomorrow is my last day of riding before I fly back to Canada to take a break. I definitely plan to continue this journey to Argentina. It’s been just amazing. 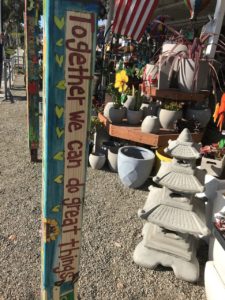 9 thoughts on “Thumbs up and happy smiles”